Examination of Hillary's leaked emails has unexpectedly found that there is already extensive communication with both newly hired Clinton staff surreptitiously placed within the current White House staff as well as at least one longtime White House employee.   The covertly placed Clinton agent is referred only to by the uncrackable code name of 'LimokeeperBernie'.  The existing, apparently highly-placed, long time White House employee is only identified as a Mr. Bob Ama. 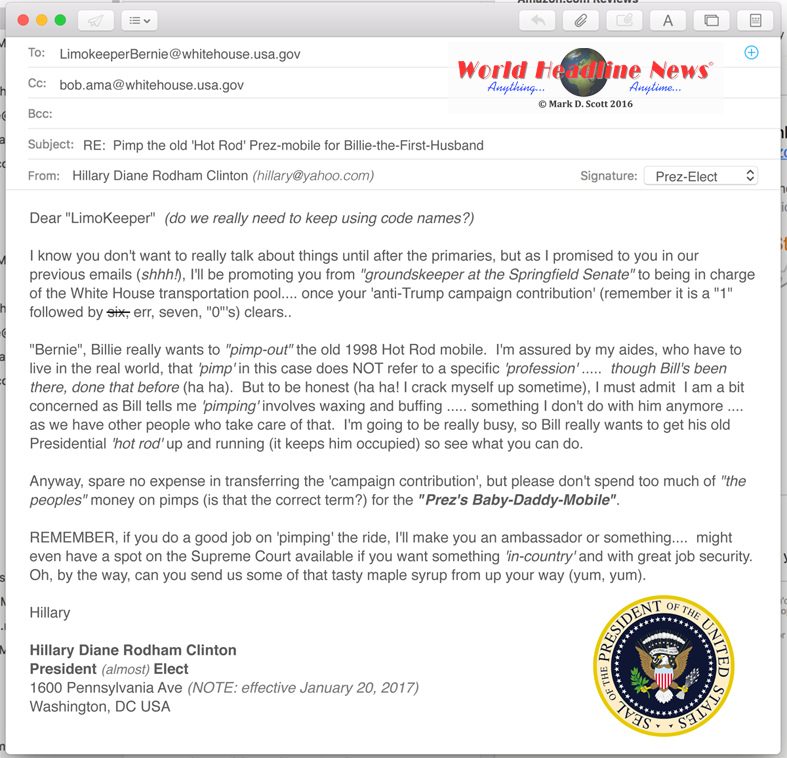 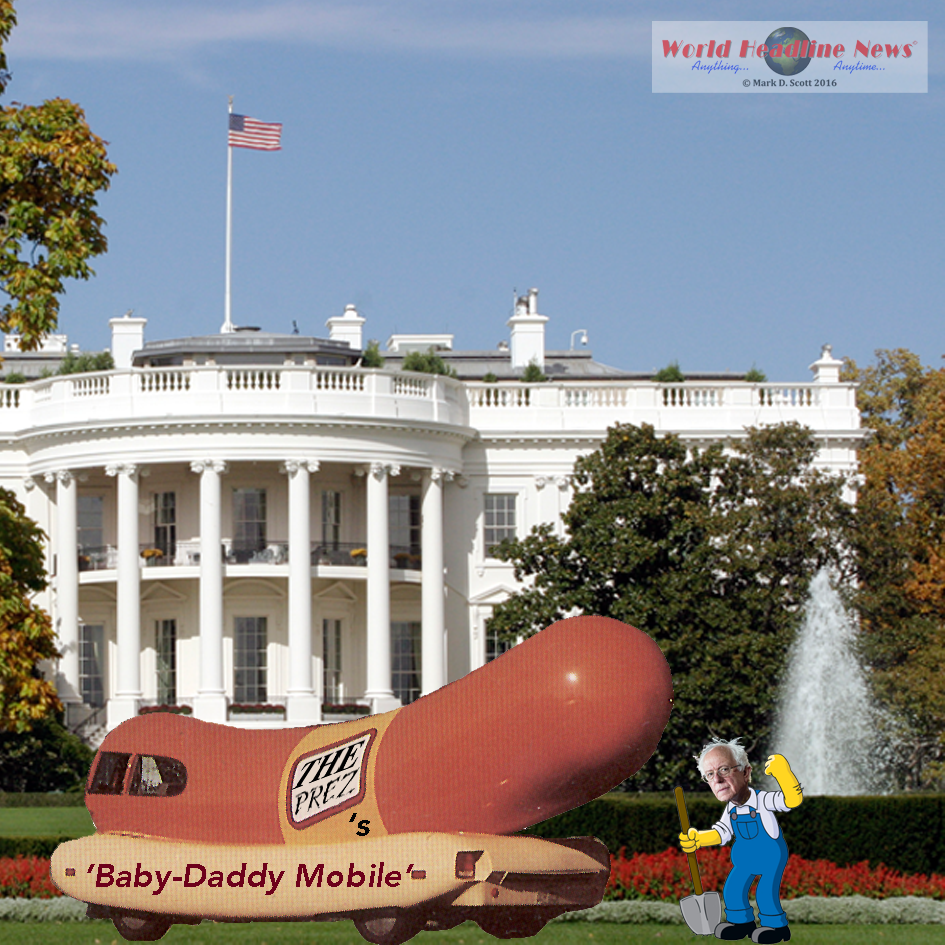 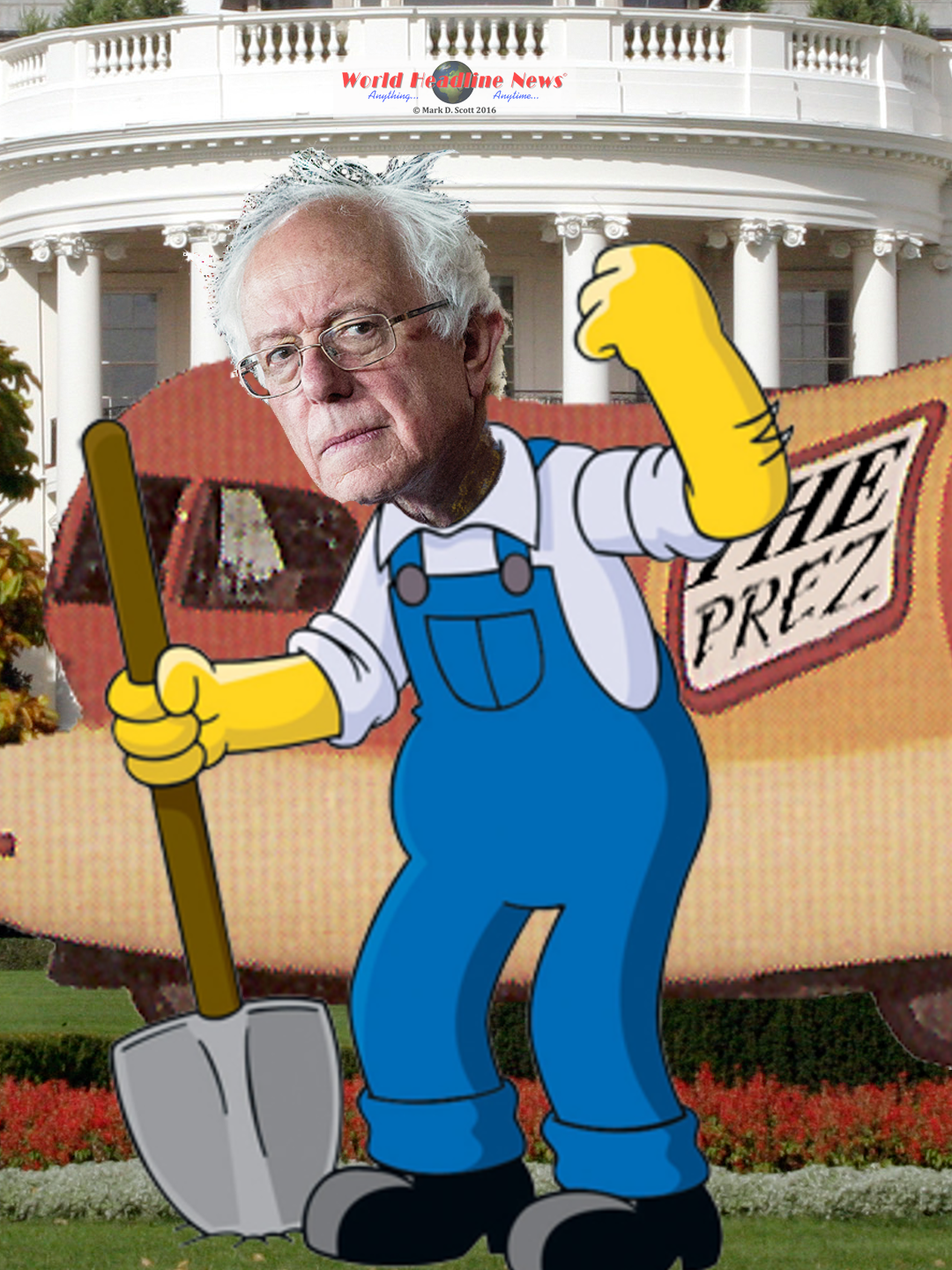 While a majority of the emails have focused on overcoming Ms. Clinton's lack of experience in 'foreign affairs' (see previous WHN article), more recent emails have dwelled on 'domestic affairs' issues.  Most of these domestic affairs issues have centered around Bill Clinton.  Specifically, how to occupy the abundant spare time facing the Former President, now First Husband, Bill(ie) Clinton - as they say "idle hands are the devil's plaything".  Several of these emails make clear that Hillary understands the potential boredom of life as the “First Spouse” (having served in that capacity for 8 long arduous years) and has begun addressing the potential “Billie” problem.  First and foremost will be care in selecting Billies' "playthings".

SHOCK! Had Not Been Updated since 1998!  SEE Exclusive Photo of Newly Renovated 'Hot Rod'

In the hacked Yahoo!® emails, Hillary has instructed an individual with the code-name 'LimokeeperBernie' to begin restoring Billies' former Presidential Limo.  While unknown to most of the American public, Mr. “Mrs. Clinton”' has a deep appreciation and love of automobiles.  Indeed, in 1998 the WHN covered the unveiling of the NEW Presidential “Hot Rod” (WHN Issue 40; click to read).  Our reports at the time suggest that this 'automobile love' arose from his youthful years in Arkansas driving to drive-in movies, remote lookout points, and the ever exhilarating team sport of 'hunting for loose change' in the cushions of the backseat.  Even following his election to the presidency, then President Clinton continued to enjoy several surreptitious rides in the White House.  Indeed, according to one long-time aide, the Presidential Hot Rod was constantly in use.  One confidant stated that it was the only way for Mr. Clinton to get some action.... as the Secret Service discouraged Bill's desire to take up hang-gliding and cage-fighting.   However, the subsequent Presidencies of George Bush and Barrack Obama did not appreciate the Presidential Hot Rod.   Similarly, Mrs. Clinton is ill-equipped and, frankly, uninterested in the former President's 'hot-rod'.  But, Hillary is prepared to let Billie find ways to keep himself occupied.  Indeed, numerous sources indicate Billie is very anxious to fire up the ol'Presidential Hot Rod upon his return as First Husband.

But who is 'LimokeeperBernie' - the man charged with restoring the 'hot-rod'?  The WHN has obtained exclusive photos (see above) of the man code-named 'LimokeeperBernie'.  While we have yet to identify his true name, we do know that he is a senior citizen and previously resided in a state known for maple syrup.  Moreover, there appears to be an unscrupulous agreement between Ms. Clinton and 'LimokeeperBernie' as promises have been made to the covert agent promising him a senior position in the US government in exchange for restoring the, now, 'Baby-Daddy Mobile' (a naming convention that is an obvious attempt at garnering the vote of the young and hip).

Also of some concern is the identity of the existing White House employee Mr. Bob Ama.  While little is known about Bob, he is thought to be highly placed in the current administration.  Mrs. Clinton is said to have curried his favor when she worked in the White House - though prior to those years (e.g. in 2007) there was significant animosity between the two.

What Will a President Trump do with the 'Hot-Rod'

A felonious misuse of public funds by Ms. Clinton?

In the event that Hillary fails and Mr. Trump prevails, will the tax payers money spent on the 'Hot-Rod' go to waste? This is a difficult question to address.  While Mr. Trump is known for his frequent trade-ins, his propensity is for 'foreign models'.  The Clinton 'Hot-Rod' is 100% American Muscle Car.  Thus most political pundits feel that a President Trump would move to charge Ms. Clinton, as well as the man identified as 'LimokeeperBernie' and Mr. Bob Oma, with misuse of public funds.  Mr. Trump will undoubtably address this issue once he completes the transition of the antiquated "White House" to the a newly renovated "Trump® Mansion - DC" - complete with a 9 hole par 3 golf course.  Further plans are underway to renovate the Capital Mall by placing high end shopping (e.g., Fendi, Coach, Cartier and Trump® University) on both sides (Right Bank - Republican; Left Bank - Democratic) of the reflecting pond.  A key feature of the "Trump® Shoppes of DC" will be an ice-skating rink in the shape of Donald Trump's profile hand-crafted by imported Italian craftsmen within the emerald green waters of the reflecting pool.  Mr. Trump states: "Not only will this make America Great again, it will give those Senators someplace to spend taxpayer money besides the Pentagon." Investors are currently being solicited to pay for the renovation while the Trump organization is simultaneously negotiating the requisite $100,000,000,000 fee from the U.S. Government for the right to use the Trump® Brand on the previously blighted DC properties.

Oh No! Not Again

Exclusive to the World Headline News